The Mountain Equipment Co-op (MEC) extensive green roof was installed in 1998 in Toronto, as part of its commitment to promoting new green building technologies. Visited by thousands of people over the years, it demonstrated the early potential of green roof technology to designers, policy makers, researchers and the general public. This roof is now scheduled for demolition, along with the building, to make way for a new development. The structure’s age provides us with a unique opportunity to test the membrane longevity claims made by the green roof industry.

In 2019, we were able to gain access to the roof and perform a cut test on two different parts. One sample was protected by the green roof, while the other came from an adjacent part that remained exposed to the elements. We will take you through the methodology, as well as the results, which might finally answer that challenging question: does a green roof really prolong the life of the waterproofing system?

It has been stated as a fact for many years now: “green roofs double the life expectancy of the underlaying waterproofing system”. When and how did this premise emerge? Where was it tested and on what type of system?

Installing a green roof was a bold and innovative move at the time, even for a forward-thinking organization like MEC. Marie-Anne Boivin, former Product Manager for SOPRANATURE Canada, was directly involved in the project from the get-go. “The owners were actually striving to create an urban oasis in the city centre,” says Mme. Boivin. “The green roof correlated with the core business values of MEC: quality, integrity, leadership, creativity, and sustainability,” she added.

The whole building was designed with sustainability in mind, from spatial design to the choice of building materials. This green roof was not designed to be easily accessible. However, by allowing architects and engineers, among others, to visit the roof, it gave them the opportunity to witness something that was, at the time, a true novelty. It made the whole green roofing concept a palpable reality, and not just a foreign concept from Europe that was unachievable here. It helped demystify this technology and make it more mainstream and integrated in the early stages of design practices.

Tours of the MEC green roof helped convince developers and policymakers in Toronto to support the passage of the Green Roof Bylaw, which, among other things, requires green roofs on most new development projects in the city. “Having the MEC project in Toronto helped Green Roofs for Healthy Cities win support for the Green Roof Research and Demonstration Project at City Hall, and ultimately the passage of the Toronto Green Roof Bylaw, which has resulted in more than 6 million square feet of projects thus far,“ said Steven Peck, Founder and President of Green Roof for Healthy Cities.

Originally, the owners of MEC were not sold on the green roof idea from the start, and it took some convincing from the SOPREMA staff to get their approval. Marie-Anne Boivin was the driver behind the project, alongside Peter Serino, SOPREMA’s Sales Director for Ontario. Marie-Anne went to visit the then owner at the MEC head office in Vancouver in 1996 to present the project proposal and find solutions that would ultimately allow this project to go forward.

“The installation of the green roof was in itself a challenge. There was no access for a crane, so all material for the 900-square-metre green roof installation was carried up by hand or wheelbarrows,” said Marie-Anne.

The SOPRANATURE brand is a SOPREMA green-roofing solution product line that originated in France over 30 years ago. The SOPRANATURE family was introduced in Québec in 1996, at almost the same time that it came out in France. The system installed in 1998 in Toronto was a little different than what we use today, and this is true of the underlaying waterproofing as well.

SOPREMA is foremost a waterproofing company. Therefore, the SOPRANATURE green roof system was specifically designed to protect the waterproofing system from all potential physical and thermal damage. Without being constantly exposed to ultraviolet (UV) radiation from the sun, and constant heat fluctuation that causes expansion and contraction of the waterproofing membrane, its life expectancy can be drastically extended. But by how long? And in what way? These are the questions we wanted to answer with the 2019 cut test. The vegetation was a mix of seeding (85%) and planting (15%). A mix of perennials and grasses were sowed, and sedum, chives as well as iris were planted sparsely over the whole surface. An irrigation system was installed several years after the green roof was completed. There was maintenance done in the first few years, but the roof has been left unattended for many years now, with little to no maintenance on the plants. This has resulted in a wild, outgrown prairie, composed of beautiful flowering perennials and wild grasses. A partial survey of plants conducted in 2019 revealed the following species, listed in the table below. Spring plants at the MEC green roof in 2019

The Waterproofing Test and Results

After the MEC building was sold to developers in 2018, we received approval to go up on the roof and perform cut tests on both the exposed surface and the green roof covered portion of the SOPREMA waterproofing system. The testing of the samples was then done to assess how the bitumen and different components of the waterproofing system have evolved and degraded over time.

In order to take the samples, we had to peel back the green roof and expose the underlaying waterproofing membrane. A section measuring 12 in × 12 in was cut from the two sections, packed and sent to our testing facilities in Drummondville. Once the sample reached the lab, the bitumen was scraped off, diluted in a solvent, and passed through a GPC (Gel Permeation Chromatography) testing machine. In the GPC, the smaller molecules are slowed down by the microporous material packed inside the column. A series of detectors allowed the accurate determination of the weight of the SBS elastomeric polymer. This evaluation allowed us to measure the breakdown of molecular chains, in other words, how the SBS characteristics evolved over time from long molecular chains to very small chains. The 2-ply SBS membranes are composed of bitumen, elastomeric SBS polymers and a support reinforcement that can be composed of polyester or fibreglass. The bitumen gives the membrane its waterproof capacity. The elastomeric polymers (SBS) give the product its elasticity and capacity to hold a specific shape, or go back to it, like an elastic would. As for the reinforcement layer, it gives the waterproofing membrane its rigidity and resistance to puncture.

The chosen GPC testing method is specific to SBS and bitumen. It measures the length of the polymeric chains of molecules. When exposed to aggressive environments, SBS polymeric chains are broken down, resulting in a possible loss of elasticity. The testing was done on a new SBS membrane as well as the two samples taken from the MEC green roof. The results were then compared to a brand new SBS-modified bitumen membrane to evaluate the degradation of the SBS molecule. It is important to understand that these tests allowed us to compare the degradation of the elastomeric properties, but not to estimate if the waterproofing layer is still efficient, and for how long. The GPC analysis shows how the SBS polymeric chains in the bitumen blend were broken down by environmental conditions. That said, even if the SBS polymeric chains are getting smaller, some elastomeric properties of the material can still be present until a certain point. There is no actual data in the industry showing a “minimum elastomeric property” needed to be considered waterproof. We can clearly see that new red and green lines follow similar curves. The first waves, starting at around 18 minutes are what is interesting. They give us an indication of the degradation of the polymeric chains. What we can deduct from these lines is that the green roof—offering a protection against thermal variations and intense heat fluctuations—limits the degradation of the SBS polymers to the extent that they follow a similar pattern as a brand new SBS-modified bitumen membrane with its intact polymers. The test suggests that the protected part of the waterproofing system appears almost as if it were new.

However, the blue line (and the disappearance of these peaks at 18 minutes) indicates that the polymers were degraded and became short enough to not be visible anymore with this test, whereas the sample coming from under the green roof clearly still shows the presence of long SBS polymeric chains. Let’s state again that the short chains of the polymers do not imply that the 2-ply SBS is deteriorated and should be changed. It only means that this product would not be suitable for a new installation and that there is great variation in the length of the polymeric chain molecules.

And what about the green roof itself? Well, it is in great condition. The drainage components were still intact, the growing media showed no sign of compaction or significant loss of organic content and the root systems had not spread outside of the green roof area.

The test results clearly show that the green roof protected the waterproofing system, as the SBS polymers were almost as good as new. While it is not possible to give a precise estimate on the extended life expectancy of the waterproofing system, to say that it doubles seems to be a very timid assumption after 22 years of service. The covered sample was almost exactly the same as a new SBS-modified bitumen membrane. What we can take from this testing is that a green roof does indeed protect the waterproofing system and that the MEC sampling proves it. This green roof also helped pave the way for many more installations, standardizing the green roof in the building envelope design as well as helping in the adoption of the Toronto Green Roof Bylaw.

The MEC green roof role helped develop the industry, and now these sample tests from the first generation of extensive green roofs in North America demonstrate the value of this historical project, the leadership that made it happen and the waterproofing benefits of the technology. The cut test results at MEC validate the benefits of a protected waterproofing system and can only add to the long list of benefits that green roofs bring to buildings, their occupants and the surrounding urban environment.

“THE TEST SUGGESTS THAT THE PROTECTED WATERPROOFING APPEARS ALMOST AS IF IT WERE NEW.” 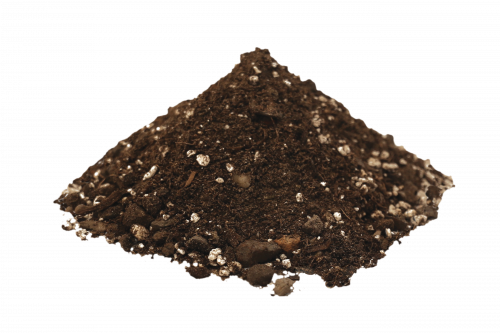 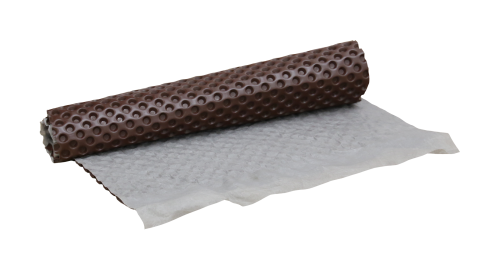