Urban sprawl is not a new geographic phenomenon, but it continues to expand and bring about consequences today. The growth of suburbs on the outskirts of cities represents the extension of an urbanized territory onto a rural one. These expansions are characterized, among other things, by individual houses, transport routes designed for cars as well as large paved parking spaces. [1]

These new residential developments cause many social, environmental and economic problems. Negative effects include an increase in greenhouse gas (GHG) emissions linked to transportation, air-quality deterioration, heavier traffic which greatly affects the health of the inhabitants, and loss of forests and wetlands.[2]

Many urban planners, architects and thinkers are examining this growing geographical phenomenon in order to counter it. It is becoming evident that to tackle the urban sprawl problem, we must rethink our cities, but above all, densify them. So how can we make cities more dense, sustainable, and viable?

Our urban environments have never been so lively, thus increasing the need for space, which is becoming limited. The maximum capacities of urban infrastructures of some communities seem to have been reached. What can be done? The solution reveals itself when looking at any aerial images of downtown areas: roofs! Indeed, building roofs represent 15% to 35% of their total area of their structure, which is a huge underused surface that is available to us[3].

The possibilities offered by roofs are endless and could make it easier to address a vast array of challenges related to housing, energy transition, resilience to climate change, social inclusion, and many more. Roofs have been underutilized for too long: it is high time to rethink and optimize their purpose!

Urban areas generally have higher temperatures than rural areas, which is caused, among other things, by abundant asphalt surfaces and concrete buildings—both heat-absorbing elements.

Green roofs represent a way to maximize the use of available surfaces and to help solve several problems. The main benefit of green roofs is that they help counter the effect of urban heat islands thanks to the evapotranspiration capacity of plants (natural air conditioning). To some extent, adding small green spaces on roofs would reduce heat accumulated on the surface even more effectively than a park of the same size[4].

Another solution would be to select roofing materials with a reflectivity capacity, such as white membranes. The solar reflectance index (SRI) of white roofs is much higher than that of traditional asphalt or gravel membranes, which effectively reduces the temperature of the roofing system.

With the scarcity of water resources in certain parts of the world, the necessity for the development and optimization of rainwater management is becoming essential. One of the key functions of green roofs is to retain part of the rainwater through the various layers of the system, whether the growing medium, retention membranes, or plants. This water absorption and evapotranspiration capacity reduces the pressure exerted on municipal rainwater collection and treatment networks[5].

Urban development greatly affects biodiversity, and restoring ecological functions in urban areas is becoming a major concern in order to ensure the longevity of the ecosystems that make up these living environments. Green roofs help create microhabitats for animal and plant species. They promote the feeding of pollinating insects and provide perfect nesting areas for birds[6]. In short, green roofs represent the possibility to reconcile the built environment and nature, while offering residents an oasis away from noise and an opportunity to connect with nature.

Human activities such as transportation and industrial operations discharge large amounts of pollutants into the atmosphere. Poor air quality can have negative consequences on the health of the population. This is why in urban areas, where human activities are high, air pollution is a priority issue. Growing plants contribute to cleaning the air by filtering certain pollutants, such as fine particles released into the atmosphere. Through the process of photosynthesis, the plants participate in the oxygenation of living environments[7]. Green roofs in cities therefore provide an effective solution to air pollution.

In Canada, nearly 82% of greenhouse gas emissions came from the energy sector in 2018[8]. The extreme temperatures of our territory increase the energy demand of buildings, making construction a major energy-hungry sector leading to negative consequences on the environment, such as air pollution. This is why the energy performance of buildings is at the heart of everyone’s concerns.

Green roofs optimize the thermal insulation of buildings and thus reduce their energy demand. We can also rethink the roof as an energy generator in order to better control its consumption. The direct access to solar rays on roofs is perfect for the installation of solar panels and can help achieve carbon neutrality when it comes to energy efficiency. The US National Renewable Energy Laboratory (NREL) has estimated that photovoltaic systems installed on rooftops could generate nearly 40% of the electricity demand across the United States[9].

Food safety and nutrition are growing concerns, particularly in disadvantaged areas of larger cities where it can create food deserts. The lack of accessibility to healthy foods, such as fresh vegetables and fruits, has direct impacts on the health of these vulnerable populations[10].

The conversion of roofs into spaces dedicated to urban agriculture and accessible to communities offers several benefits. It is an effective solution to urban food deserts, while promoting a return to local sourcing and community cohesion. By focusing on short supply routes, it is possible to reduce the environmental impact of food production and transport, while ensuring better economic accessibility to healthy nutrition.

It is becoming increasingly difficult for Canadian families to find housing. The crisis is taking its toll with an extremely low vacancy rate[11]. At the same time, urban sprawl is accelerating and so are its harmful effects.

Optimizing the use of roofs could contribute to the better densification of cities. Additional space provided by roofs could accommodate tiny houses and counter both the housing crisis and the growth of the suburbs. The Dutch architectural agency MVRDV has estimated that in Rotterdam, if 10% of the roofs were used for housing, 15,000 tiny houses of comfortable size could be created[12].

A World of Possibilities

The surface areas offered by roofs in urban environs are turning into real innovation areas for architects and builders who are working to create the resilient cities of tomorrow. Some see it as a space to practise yoga and hold community workshops, while others would set up bars and tennis courts. We can even go so far as to imagine more extravagant ways of using these spaces, such as setting up roller coasters or even drone delivery stations[13]. Roofs offer multiple possibilities and combinations of uses to create a rooftop ecosystem where each element benefits the others. The use of these overlooked spaces will not be without its obstacles, but the solutions exist and several achievements show that it is possible to rethink the building with the future in mind. SOPREMA has been seeking to optimize the performance of buildings for many years, particularly to improve their comfort, use and durability while reducing the impact of our activities and products. We are proud to offer solutions that make it possible to carry out your innovation-driven roofing projects.

Our SOPRANATURE vegetative system offers a wide variety of social, economic and environmental benefits for building owners and communities. In addition to replacing mineral surfaces with permeable and living surfaces on the building, these systems compensate for the loss of ecosystem services caused by urban development.

Our SOPRASTAR cap sheet membrane has one of the highest solar reflectance indexes in its class.

In addition, our line of SENTINEL PVC membranes meet the requirements of the Cool Roof Rating Council (CRRC) for white reflective membranes, while being durable and easy to install.

Our SOPRASOLAR FIX EVO TILT photovoltaic panel support system creates a connection between the panel and the cap sheet membrane without the need to puncture it and the risk of compromising the roof waterproofing.

PVC Roofing Membranes: For Those Who Want to Stand Out 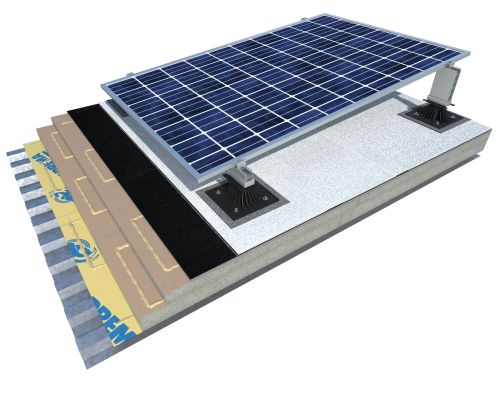 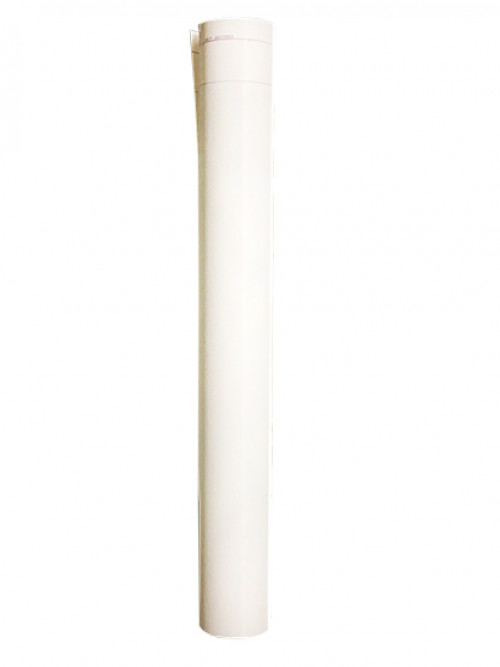 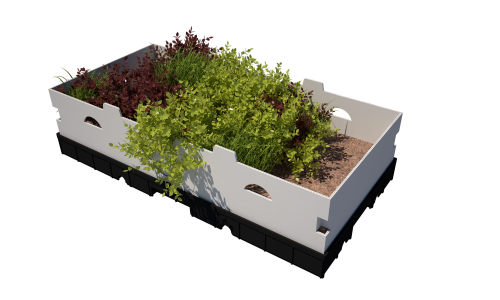